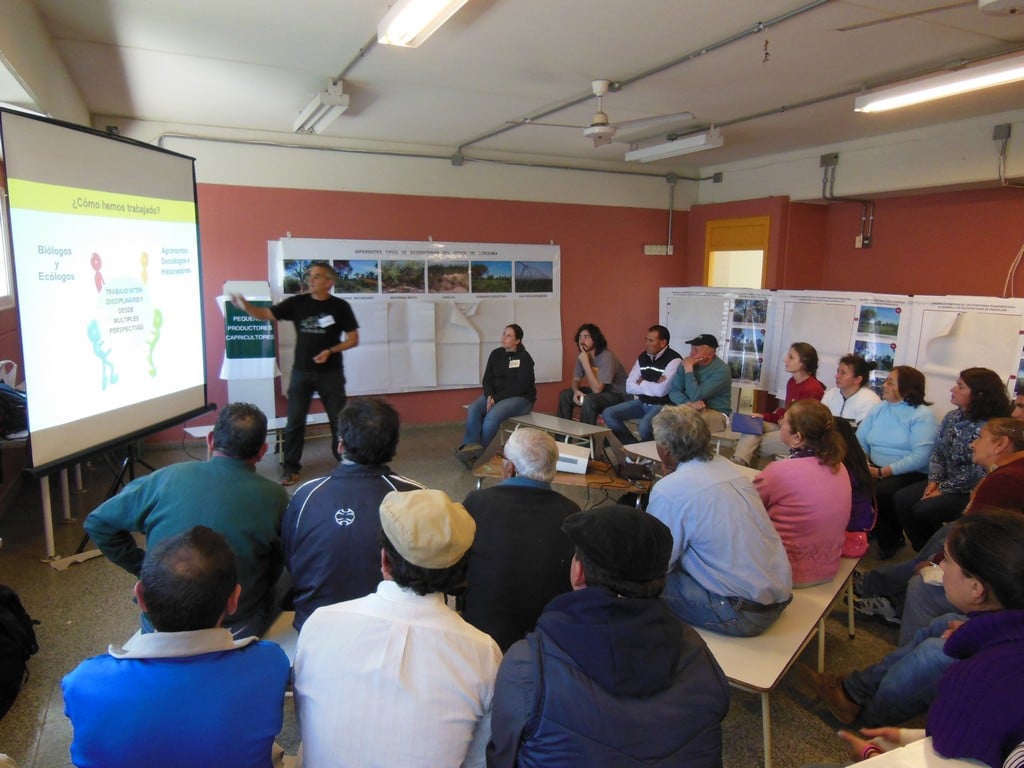 During the month of July, we performed a series of feedback workshops with different social groups. This activity allowed us to present the main ecological and social results that emerged from our research. The focus of the workshops was the social valuation and ecological quantification of the ecosystem services provided by the main habitat types of western Cordoba province (Argentina).

Four workshops were held with different social actors: 1) small producers, 2) large farmers and medium to large livestock producers, 3) technicians and extension workers and 4) officials and heads of provincial and national institutions. The workshops allowed us to 1) divulge the socio-environmental information collected through previous interviews and focal groups, 2) present the ecological data obtained by the ecologists for the ecosystem services identified by the social actors and 3) compare and contrast both visions in order to identify the main similarities and differences.

These workshops not only allowed us to share the analyzed data from our research but also served as meeting ground leading to the active interaction between team members and social actors. The main ecological and social results are summarized in a dissemination brochure (in spanish) prepared by DiverSus, which is being distributed to famers, technicians, extension workers, organizations and institutions that are linked to the socio-environmental issues in Cordoba province.